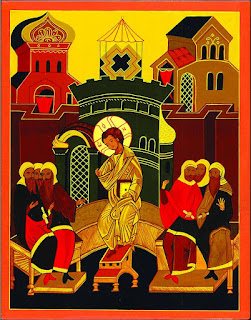 + I’d like you to go back in time with me today.

We’re going back to a very different time.

Yes, I know, on a bitterly cold day like today, going back to any summer in our thoughts is a pleasant diversion.

But, let’s go back to that summer in particular.

That summer I was thirteen years old.

Thirteen is never a fun time for any of us to return to.

Or maybe it was.

But that summer was a decisive summer for me.

It was the summer I was called to the priesthood.

Now when I say “called,” I don’t mean any might booming voice from heaven called me.

Or any voice for that matter.

I always say it was a “nudging.”

And I think I’ve shared this with you before, but that “nudging” happened in a cemetery of all places.

I can even tell you exactly where in that cemetery I received the “nudge.”

I just knew that summer that I was going to be a priest one day and my whole life changed.

Instead, we encounter Jesus as a twelve year old—not that far off in age then when I was called to the priesthood.

Jesus appears to us like a head-strong independent youth, going off and doing his own thing.

I can relate to that!

But unlike many twelve year old boys, who could go off and do much harm at that age, he goes off by himself and spends as much free time in the Temple.

I can relate to that too!

For Jesus, the Temple was not a strange or unusual place.

It was a place, we have seen throughout his life, that his parents returned to again and again.

Here they returned every year.

The temple was a place in which Jews of that time believes the very Presence of God dwelled.

In the Holy of Holies, the very heart of the temple, was the ark of the covenant.

It’s very stones were sacred and holy to them.

It was heaven on earth for them.

Jesus would have been familiar with the Temple.

And more than that, he felt at home in the Temple.

When I was thirteen, I was, as I still am, very much a “church geek.”

I loved church. I thought it was a magical place—a different place than the rest of the world.

It was a great place for me to go to seek refuge, to escape, to be somewhere different.

I will also tell you something else about myself that you will no doubt find quite remarkable: I was a good teenager.

I was not rebellious in the ways many of my friends and colleagues were.

I would never even have considered taking drugs of any sort.

I genuinely liked my parents.

But I was rebellious in my own way.

I guess I knew my parents well enough that I knew the one thing that could get their goat was not drinking or hanging out with hoodlums, but rather religion was an issue of contention.

My parents were good Lutherans and no one in their families or in our family ever questioned that or pushed the limits on that.

Sure, my siblings kind of drifted away from church after confirmation like everyone else seemed to do, but they always remained, at least nominally, Lutheran.

Imagine the chagrin they and my grandparents felt when, at thirteen, I announced that I wanted to be a Roman Catholic!

And a Catholic priest nonetheless.

It was simply not something that was done—certainly not by a teenage boy!

My friends were even shocked.

They thought it was weird. And they didn’t understand any of it.

My parents, like Mary and Joseph in today’s Gospel, no doubt were also astonished and had no idea what I was saying to them.

And this was my rebellion.

I devoted myself to being a Catholic with such determination that eventually there was nothing more they could say.

During that time in my life, this particular story from the Gospel of Luke  was a meaningful one to me.

I understood and related to the twelve-year-old Jesus in a way I couldn’t relate to other teenagers my own age.

Now, it’s natural that the teenage “church geek” should grow up to be a priest who also still loved to be in church any chance he can get.

But I am not recommending that to you.

What we, as Christians, need to do is recognize the fact that our Father’s house is some exclusive, conformist place.

Rather, our Father’s house is a place that oftentimes is at odds with the world around it.

It is place for all the rebels, all the rabble-rousers, all the people who exists out here on the fringes of society can come and find a home.

It is place where everyone rejected by society can feel at home and peace.

It is the place in which God dwells and it is there that we will find God.

It is there we, like the pre-teen Jesus, must always be.

For me, the Church has never been a place of conformity as so many other people have seen.

For me the Church has been sort of counter-cultural.

It has seemed to me to be a place that always is a bit at odds with the world. I recognized that when I was a teenager.

I realized early on that my greatest rebellion was not doing what all the other kids were doing.

My greatest rebellion was in a place that was truly going against the stream at times.

And this is what the Church should be.

The Church should never be the country club to the society.

It should never be the place where “we” get to gather in place different than “them.”

Rather the Church should be the place wherein “we” and “they” can come together and find our home.

We don’t need to be obnoxious in our rebellion.

We don’t need to shout and scream our rebellion.

When we do that, the house of God stops being a church building only and starts being our very hearts, in which God dwells.

We become the house of God to others when we reach out in love and compassion to others and be there for them.

So, let us be the house of God.

Let each of us be the place in which God dwells, in which Jesus longs to be and makes every effort to return to again and again.

Let us be the house of God.

And when we are, those words of Jesus taking on greater meaning:

“Why do you search for me? Did you not know that I must be in my Father’s house?”

And when we realize that, we will make a difference in our world.

Holy God, dwell with us. Inhabit out beings so that where we go, you will go with us. Let us be a place in which we carry you with us to those who need you, who long for you. And in doing so, may we always rejoice in your Presence with us. We ask this in Jesus’ name. Amen.

at January 02, 2022
Email ThisBlogThis!Share to TwitterShare to FacebookShare to Pinterest 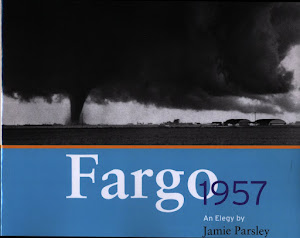