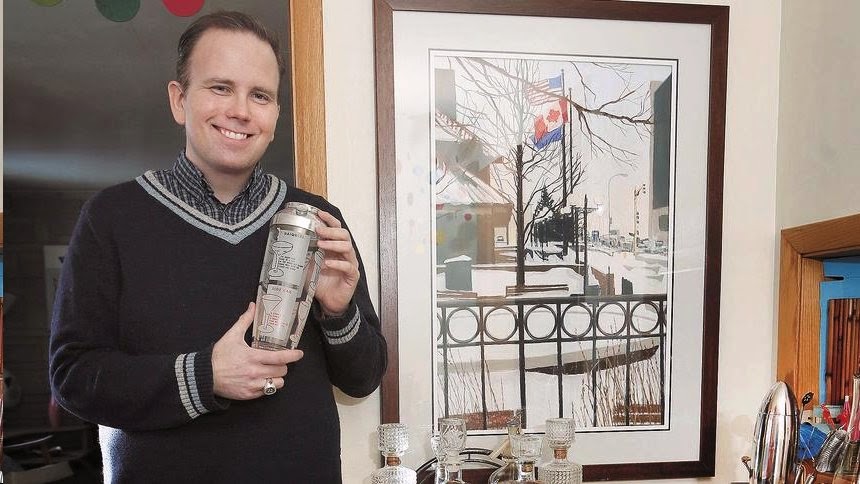 He's raising the bar with his vintage glassware

FARGO - When Jamie Parsley spotted a 1940s bar cart at an antique store, he knew he needed to buy it.
“I was really looking for something for my vintage (cocktail) shakers more than anything else,” he said.

But over the past two years, the small stand with brass legs and three glass shelves has become much more than a practical way of displaying his shakers, decanters and glasses.
“It’s definitely a conversation piece, and not everybody has one of these,” he said. “That was part of the other reason why I really, really liked it.”
Vintage bar carts are a popular home accessory once again, according to Brett Bernath, owner of Midmodmadhaus in downtown Fargo – but he has a hard time finding them for his midcentury modern store, and an even harder time keeping one in stock.
“They sell right away when I do find them,” he said. “They’re something that I’ll throw up on my (Facebook) page and usually get a call or someone comes in in the first couple days.”
While the resurgence of midcentury modern furniture, accessories and even cocktails from the 1940s-1960s is often said to be a reaction to the popularity of AMC’s period drama “Mad Men,” Bernath said the main driving force is easier to understand: nostalgia.
“For people of my generation and maybe a generation older, the people who are my prime customers, this is what was in their grandma’s house or was their parents’ secondhand furniture when they were a kid, and that’s the connection with it,” he said.
‘Epitome of style’
Parsley, a priest at St. Stephen’s Episcopal Church in Fargo and a poet and author, said he had always loved the midcentury modern style. But he got a chance to embrace that six years ago when he moved into the church’s nearby rectory, a large single-family house built in 1959 that’s still full of detail from that period.
Through careful searching at thrift and antique stores, as well as gifts and freebies from congregants and friends, he’s filled the space with accents from 1957 to 1963, including an old aluminum Christmas tree with a retro color wheel to light it up.
Like the rest of his vintage goods, Parsley slowly amassed an impressive collection of vintage decanters, glasses, shakers and an old seltzer bottle to fill up the bar cart that he said has become a piece to gather around whenever he entertains at home.
“There’s a sturdiness to this, and you can tell the way they built it that it was meant to last,” he said. “That was the epitome of style at that point.” 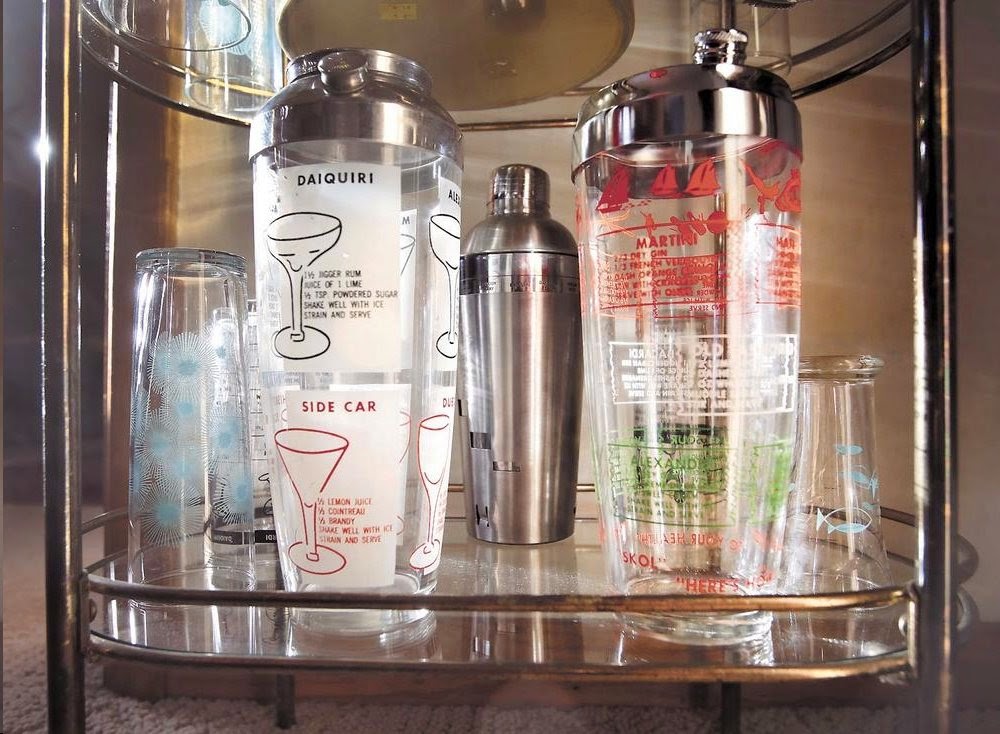 While Parsley said it’s not necessary to use a bar cart like the characters of “Mad Men” – a morning cocktail at a business meeting is no longer as accepted these days – he said new owners of this fun, functional furniture should use it for its original purpose of serving drinks.
“I think the key is to be creative,” he said. “If they’re interested in the vintage stuff, this is probably going to be your focal point for the vintage kind of things. If nothing else, it’s a great place to put some of those vintage glasses out and to really display that.”
Vintage bar cart, classic cocktails
Like midcentury modern style and design, old-fashioned cocktails also are making a “huge comeback” in Fargo-Moorhead right now, according to Richard Pallay III, restaurant manager at Mezzaluna.
“Old Fashioneds, last words and perfect Manhattans, these are all drinks that are really, really booming and customers are getting aware of it again and they’re loving it again and finding little variations,” he said.
So it makes sense for new owners of vintage bar carts to up their game and master at least one classic cocktail to impress their guests, according to Pallay.
How to stock a bar cart will depend on the owner’s individual tastes and preferences, he said, as well as what kind of drinks they’d like to serve during parties and gatherings. But Pallay said quality tools, such as a bar spoon and shaker, will come in handy for any at-home mixologist.
He recommends stocking up on the basics, including sweet vermouth, a good whiskey and vodka that’s at least triple distilled and a gadget to squeeze juice out of fresh fruit – something he said will make every drink much better and fresher.
For those who are uninitiated with mixing up classic cocktails, Pallay offered a simple recipe for a classic Old Fashioned that’s sure to keep guests coming back for more.
First, pour about an ounce and a half of bourbon or rye whiskey over ice. Add two dashes of angostura bitters, a few dashes of plain water and a little bit of simple syrup, which is equal parts sugar and water.
“You just muddle all that together, garnish with an orange slice and you’re good to go,” he said.
Once comfortable with the basics, Pallay suggests incorporating variations into our own drinks to make a signature cocktail that guests will remember while still getting a classic flavor.
“It’s this re-picking back up instead of recreating something brand new,” he said. “Why not take something that’s been done before, put a little tweak on it and just make it delicious and fit your needs?” 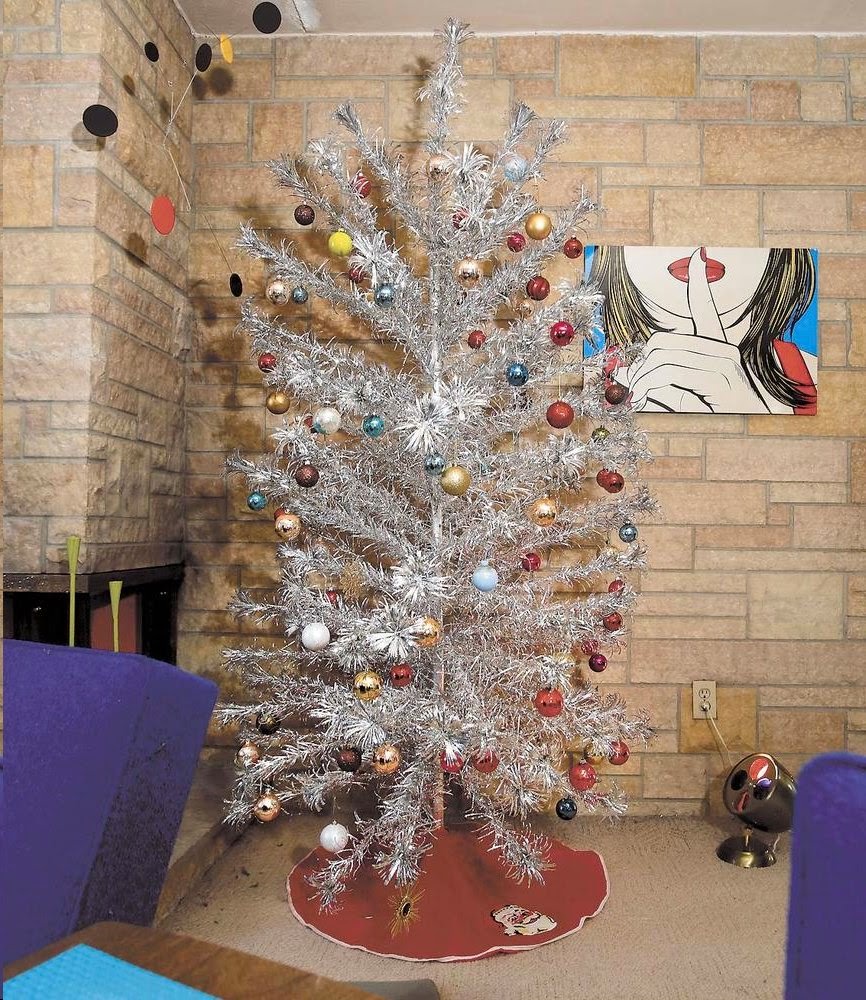 Ryan Johnson
After four years of covering news for the Grand Forks Herald and The Forum of Fargo-Moorhead, Ryan Johnson has been a features reporter for The Forum's Variety section since 2013. His prior beats included politics, business, city government and higher education. Johnson is a 2008 alumnus of the University of North Dakota. Have a comment to share about a story? Letters to the editor should include author’s name, address and phone number. Generally, letters should be no longer than 250 words. All letters are subject to editing. Send to letters@forumcomm.com
RMJohnson@forumcomm.com
(701) 241-5587
Posted by Jamie Parsley+ at 5:04 AM