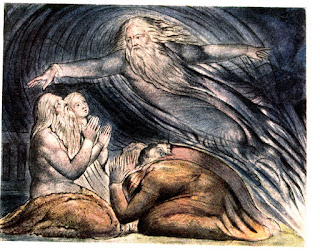 + Lately I have been watching a lot of films. This past week I saw two very different films that created a bit of unrest.

I saw the film Hereditary, about a family possessed and haunted by some kind of evil. It was sort of a cross between The Witch and Rosemary’s Baby.

And I saw First Reformed, a film about a troubled pastor.

Occasionally films do this to me. They affect me. And they sometimes cause me to think too deeply about something.

And I truly do believe that films are the new parables for our world. They speak to us in sometimes veiled ways to convey deeper truth. Of course, I cannot read our scriptures from Job today without thinking of one of my favorite films, the great Cohen brothers film, A Serious Man.

The film takes places in St. Louis Park, Minnesota in the late 1960s and deals with 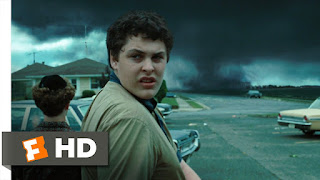 a Jewish family and the chaos of their lives. The ending of that film (which I won’t give away today) almost reminds me of this Job reading and was the catalyst for me figuring out that that film is a modern re-telling of the Job story. If you haven’t seem A Serious Man, please do so! (it’s not a kid-friendly film though).

To me, in many ways, films are a great and powerful way to wrestle with theology and our understanding of how God works in this world.

Several years ago, I read a wonderful book called The New Christians by Tony Jones.   In this book, Jones has probably one of the best contemporary definitions of theology.  He writes:

“Theology…speaks directly of God. And anytime human beings talk of God, they’re necessarily also going to talk about their own experience of God.”

Jones then goes on to define theology more succinctly.  He writes, “theology is talk about the nexus of divine and human action.”

“But theology isn’t just talk,” Jones adds. “When we paint scenes from the Bible or when we write songs about Jesus or when we compose poems about God or when we write novels about the human struggle with meaning, we are ‘doing theology.’”

I would add to that list, films as well.

As I pondered two of our scriptures for this morning, our reading from Job and our reading from the Gospel of Mark, I found myself “doing theology” by re-examining that film A Serious Man which caused to examine the storms of my own life in the light of those scriptures and that film.

So, the question to ask of ourselves this morning is:

What is God saying to us from the whirlwinds that invade our lives?

What do we do in the windstorms of our lives, when we feel battered and beaten and bashed?

Well, as I have been “doing theology” on these scriptures and from that film, one glaring, honest reality of my life came forth: Oftentimes, when the storms of my own life came, I was the one responsible for many of those storms.  Sometimes, there was no one to blame for some of them but myself.  And more often than not, the storms of my own life were caused by own violent behavior.

And no, I’m not just talking veganism here. (though I could!)

I was reminded of the violence in my own life by a book I read by the Buddhist teacher Noah Levine, called Refuge Recovery. Levine writes,

“Harsh speech, dirty looks, obscene gestures and [angry and] offensive texts and e-mails are…subtle forms of violence. Our communications have power, the ability to cause harm or harmony.”

That passage from the book shook me to my core.

I did not want to admit to violence in my life much less to the fact that I sometimes contributed to the violence of this world by my own negativity sometimes.  And let me tell you I have definitely contributed to it from those seemingly small, knee-jerk reactions.

The gesture in traffic.

But the ripple effects of these seemingly innocent gestures in my life were certainly chaotic not only in my life, but possible in the lives of others.  These acts of small or simple violence more often than not were enough to add to the brewing storms of my own life—and possibly to other’s lives as well.  I have, in fact, created storms in my life, then find myself blaming others for those storms.

So, when we hear scriptures like this today, as we experience our own storms in our lives, what do we do?

How do we respond?  Do we let the winds blow, let the chaos rage? Or do we, in those moments, calm ourselves and listen?  Do we strain against the wind of the storm and listen to hear the Voice of God?

For Job, the voice of God he hears in the whirlwind has no answers to the questions we find ourselves asking all the time?  Why do bad things happen to those of us who are faithful to God? Why do our lives get turned upside down?  The Voice that answers Job from the whirlwind doesn’t answer any of that. Instead, the answer is just more questions:

“Where were you when I laid the foundations of the earth?
[Where were you] when the morning stars sang together
and all the heavenly beings shouted for joy?”

Sometimes that’s exactly what we hear in the storms of our lives.  We want answers when we shout our angry questions of unfairness into the storm, our first raised.  Sometimes, when we do, the Voice in the wind only throws it all back at us with more questions.  Just when we want answers, we find more questions and we ourselves are forced to find the answers within ourselves.

But, sometimes the Voice answering back from the wind with questions, is a voice more succinct.  Sometimes it is a more potent question—a question not filled with poetic and symbolic meaning, but a pointblank question to us.  Sometimes the voice from the wind—as we shake with fear or anger (or both) and hold on for dear life during those frightening storms—asks us bluntly:

“Why are you afraid? Have you still no faith?”

Why fear the whirlwinds and all that they unleash upon us?  Why even create them in the first place? Have we no faith?  Again and again through the scriptures God commands us, in various voices, “do not be afraid.”

That wonderful, soothing word that truly does settle and soothe.

In that calm stillness, we feel God’s Presence most fully and completely.  As disoriented as we might be from being buffeted by the storm, that stillness can almost be as disorienting as the storms themselves.  Still, in it, we find Jesus, calm and collected, awaiting us to have faith, to shed our fears and to allow him to still the storms of our lives.

So, in those moments when we stir up the forces of our anger, when the whirlwinds rage, when the storms come up, when the skies turn dark and ominous, when fear begins lurking at our doors and anger jostles us around, let us strain toward that Voice that asks us,

“Why are you afraid? Have you still no faith?”

God will not leave alone even in the storms of our lives.

In midst of even the worst whirlwinds of our lives, there is a stillness dwelling in its core.

And we can live!

See! we hear Paul saying today in his letter,

See, now is the acceptable time;

see, now is the day of [our] salvation!